Ever Thought What is the Most Dangerous invention/discovery Humanity has ever made? 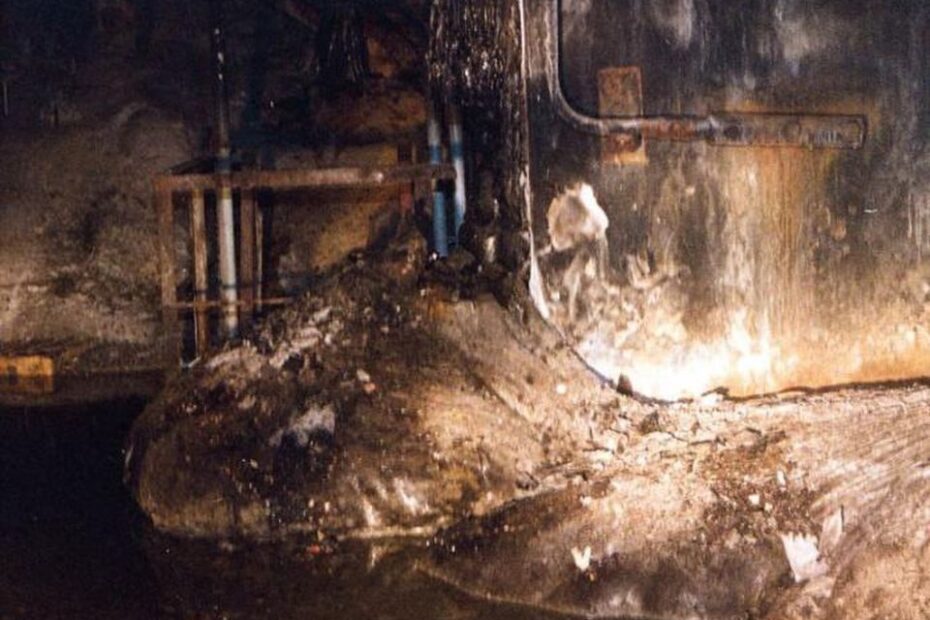 Corium. Corium was an accidental invention. But man-made none the less. It’s when a nuclear power plant melts down, the fuel rods turn the surrounding environment into nuclear lava. This highly radioactive lava melts through almost anything until it gets diluted with enough foreign matter that while it remains hot, it finds a place to settle.

The above picture is the “Elephant’s Foot”.

Found in the subfloors of the Chernobyl reactor.

On April 26, 1986, the Soviet power plant just north of Pripyat, Ukraine pushed the limits of a safety test, which resulted in the explosion of an RBMK- Type reactor. Previously thought to be impossible to happen with that type of reactor.

Exposing the fuel rods allowed them to heat up. Over-exposing them caused them to fracture and wedge in place. The fuel rods evaporated the surrounding water, they were so hot once reintroduced water the core exploded and blew the roof off of the building.

Now the rods could heat indefinitely without being cooled. This caused the rods and the surrounding environment to melt right through to the subfloors. Much of the quickly cooling lava was caught in the subfloors.. while the hottest and most dangerous material continued through to the bottom of the power plant. This is where it is currently pooled. This lava is called Corium.

When it was initially formed just seeing the Foot could cause radiation sickness while being near it for just two minutes would have been fatal.

This is the first photo of the Elephant’s Foot. It was reported the man who took this photo died within the week. While it is possible, it’s not verified to be true.

But many years have passed and now exposure isn’t nearly as fatal. It’ll be a lethal dose of radiation in about 3 hours.

So in my opinion. Corium is the most dangerous invention/discovery.

Wasn’t this an interesting fact indeed! Read our other amazing and jaw-dropping facts-

What does that small white patch on your Nails resemble? Unique nail fact!

Tags:#AMAZING FACTS#INTERESTING FACTS#JAW-DROPPING FACTS#TRUE FACTS#WEIRD FACTS
previousWhat Happens When a Bullet is Shot in the Blue Sky?
next12 Best Protein-Rich Food For Weight Loss/Gain & its Benefits!